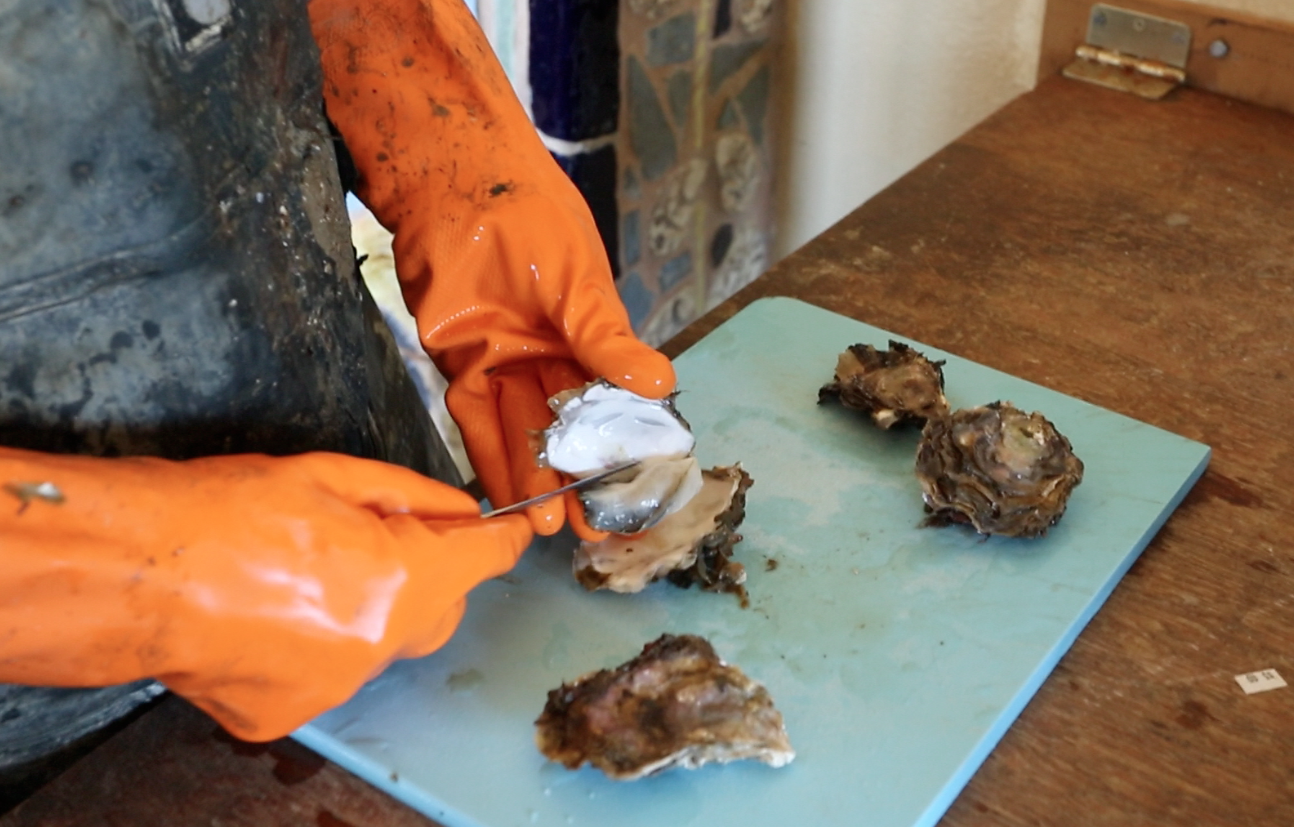 What can I say.

The first installment of “Aw Shucks”, my side blog about the fresh oysters in our trip to Alaska, has hit the jackpot.

I admit that I am not an oyster aficionado. I’m probably the last person my family would have thought would even do this, because of a childhood Christmas tradition: Oyster Stew.

See, I am half-Norwegian and my family had some cool, and some awful ways of honoring our heritage. Having to eat Lutefisk and oyster stew at Christmas, before you could open presents, was a great way to torture us kids.

So for years, oysters kindof got the shaft.

It wasn’t until I had oysters in the half-shell in my early 20’s that I developed my own taste for them. Honestly-I think they’re great now! I try to order them whenever I see them on the menu, and I now realize I have been eating second-rate oysters this whole time.

We happened to be in Richardson Bay, OR picking up some chain lube for our bikes. The man at the ATV rental recommended we drive to see the dunes, and on our way I saw a sign that said “Shucked Oysters”.

This was it-our first oyster stop! So we pulled in to this grey building waaayyy out on the end of the road, and walked into a real oyster shop.

It smelled of the sea, there was a small front entrance with empty oyster shells on display-some of which were the size of my head! There was a glassed-off larger room where they do all the sorting and processing and the whole place was run by one or two gals at a time.

They were the sweetest gals, super helpful and told us all about how their oysters were raised. She shucked and set out the fresh oysters for us, and joined in the first shooter that was topped with just a squeeze of lemon and a drop of hot sauce…

Miles later I would still be exclaiming to Bear about how amazing these oysters were. They tasted clean, fresh, even sweet! Not a hint of fish, no offensive grit or texture, it was so refreshing that I quickly ate the rest of the oysters.

I wished that I had room for a pint or two of shucked oysters to take on the road with us, but I’ll just have to keep my fingers crossed that the next ones we try will be half as good as these were…