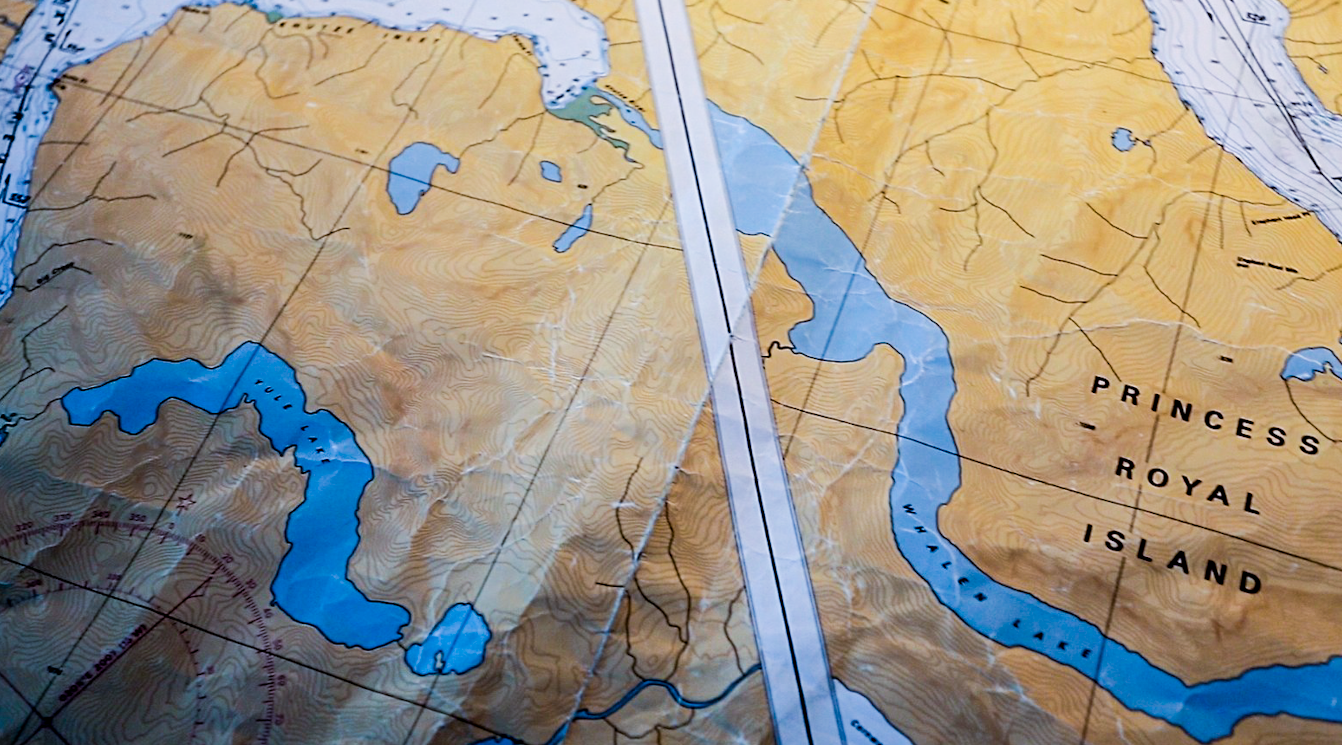 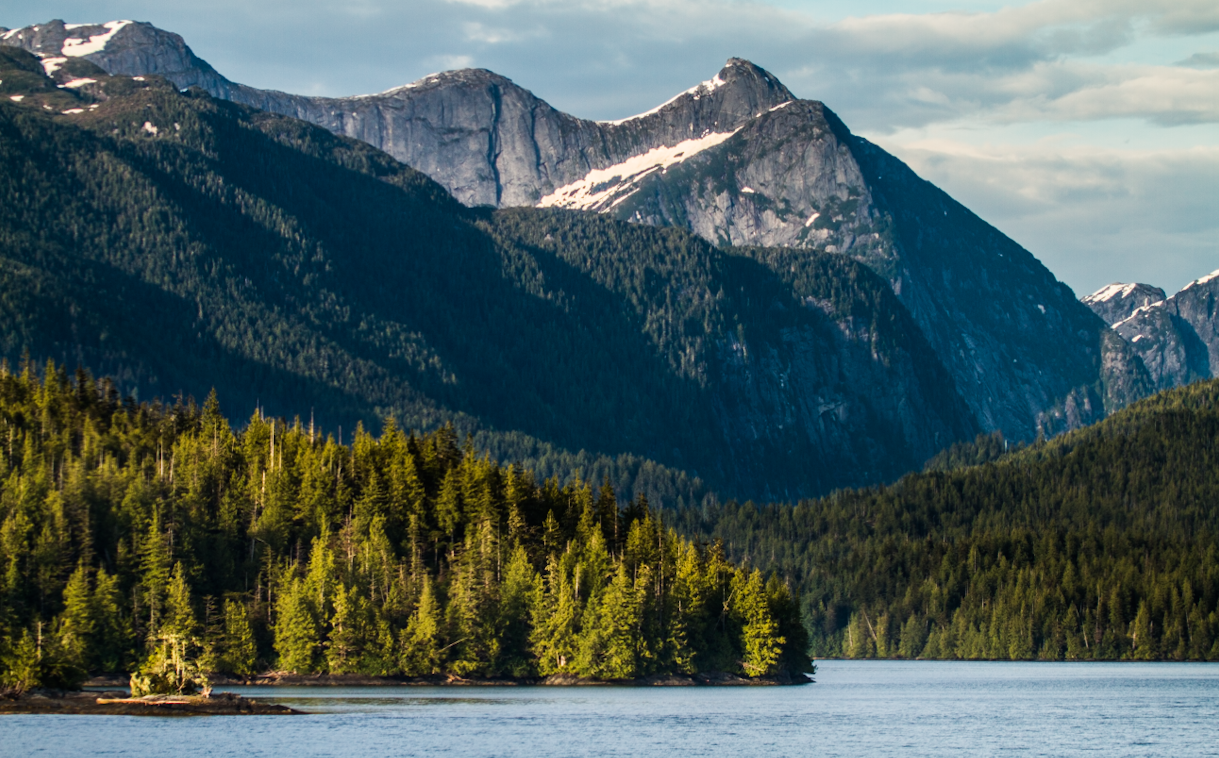 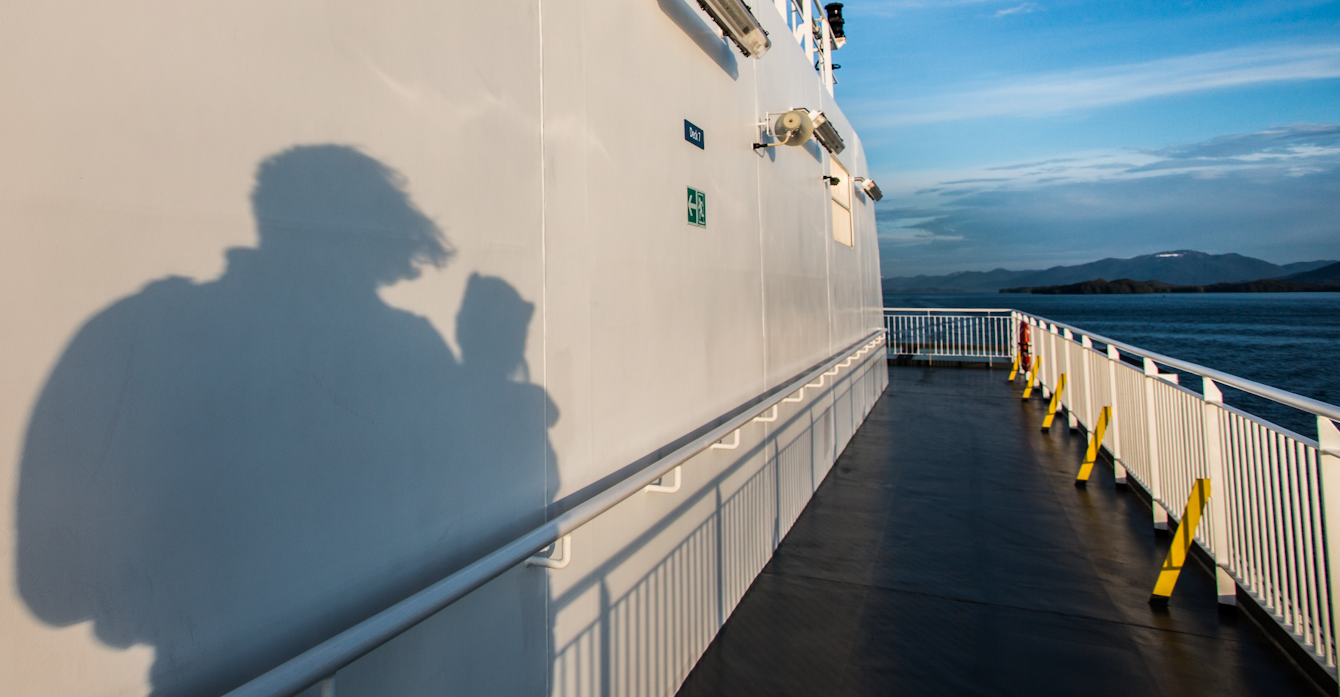 Bear & I both begrudgingly woke up to our alarm clock at 5:00 am. Neither one of us had slept very well, our camping neighbors had partied well into the night, and we were exhausted. It was hard to think good thoughts about the grandpa who had been so crass with his family there, drunkenly threatening to harm us and our bikes. Bear was on full alert most all of the night and kept a listening ear open in case his drunken talk turned into something more.

But we also knew that we had an exciting trip ahead of us, waiting right around the corner. Even though our fares were double what we originally thought they were, we were excited to see the beautiful coastline of British Columbia, and hopefully see lots of whales and bald eagles and other wildlife.

We quickly tore down our tent and had our bikes ready to go, and were at the ferry terminal by 5:45 am. We were the only motorcycles in line, and they started boarding with us first. This was a much bigger ferry than the one at Port Angeles, and we rode in through the nose of the boat. I looked up as we rode in, and it looked like we were going through the mouth of Jaws, with how the pointed front of the ship was opened wide to the car deck.

The flooring inside was cement, and had many round metal discs fixed in the floor. These discs had X shapes in them, and these would be the anchor points for very large ratchet-straps that would go across our bike seats. We also put the same kind of wooden blocks under the high side of our bike frames, and smaller wooden blocks agains the front tire. I pulled on my bike from every angle, and it was very secure. The ferry workers said that the car deck was closed for most of the ride, with 15-minute increments every few hours or so, where we could come down to get things if needed. We grabbed the cameras, beanies and mittens, and headed upstairs.

This was such a nice ferry! It had large reclining seats everywhere, and they were all well-situated by large windows with rounded corners. You could tell this boat was built for gazing. I imagined lots and lots of retired travelers with their binoculars, maybe working their whole lives before they got to see an orca whale. That’s who this boat was built for, and I felt a little giddy knowing how fortunate we were to be so young on this boat.

We picked out some front-row seats in a plush section, and prepared to settle in for a long journey. We were both pretty hungry by now, and still very tired, so we wandered down to the cafeteria to get some food and coffee. There were surprisingly few people on the boat, and we had our pick of tables once we were down there. We chose a corner table, with one side a very very long padded bench, and the other side chairs. I took the bench seat.

We ate our bacon and eggs, and about half-way through I got soooo tired. I decided to lay down on the bench sleep and sneak in a nap. This was going to be a 15 hour ride anyhow, so it’s not like I would be missing out!

I think I slept for a good while, because we were already in the ocean, spanning the gap between Vancouver Island and the mainland when I woke up. Bear was now talking to our cafeteria “neighbors”, a cute young couple on their way to Haida Gwaii. It is a large island just west of our final destination, and they would be taking the ferry to it the next morning.

Well we just hit it off with these two, and decided to co-op the entire corner of the cafeteria for our journey. Bear & I retrieved our things from our original seats, and set up camp with our new friends. When the first opportunity to go down to the car deck arrived, I went down and found my crafting kit and art supplies. We spent the rest of the journey talking and laughing; I made some leather cuffs with rockin’ fringe that I can also wear around my motorcycle gloves, and Bear would pop out onto the outer deck to take photos of a passing whale. Or maybe we were passing, and the whale was just in it’s home… either way. We both did what we wanted, and had so much fun while doing it.

The young couple let us know an insider’s tip: you can sign up for a “bridge tour” and get to go up to the crew deck. Then we could really look for whales! So we signed up, and when they called our names, we were so happy to all be in the same tour group together! We went up to the captains deck, and were shown the entire operations by the captain himself. He was so informative, and clearly loved his job. We heard lots of stories of different things he’d seen in his job, why he liked working for BC Ferries, and how useful the glass floor was in the side booth. We went over and saw for ourselves-you could look down through the glass and see the entire side of the boat! This was so that they can park in the docs without hitting anything… how clever. And a little scary at first. It was a long way down…

We didn’t see any whales from up in the deck, but we did see a beautiful board with all kinds of knots pinned to it. Each knot had a number assigned to it, and we asked the captain if he could tie all of these knots. “Of course!” He replied with a smile 🙂

On the walk back to the cafeteria, we marveled at how beautiful the air smelled. Floral and fresh, we felt like we could be in Norway again. British Columbia really is beautiful. The islands with their little sprigs of trees popping out every here and there, the inlets with their steep granite walls, the gushing waterfalls from melting snow, this was something to behold.

We saw tips of orca fins, waving tales of humpback whales, and bald eagles soaring about. We talked and laughed, crafted and took photos in silence. It was a beautiful day.

When we were getting closer to Prince Rupert, Bear and I both felt a twinge of nervousness. We realized that all of the rugged scenery we had seen safely from the boat, we were about to drive off into on motorcycle. We were really doing it! There would be bears out there, limited gas stations, wolves, rain, wildness! We wouldn’t be able to have cell phone reception, or wireless, and we would actually be “alone” on this adventure.

It was wild and beckoning, and were were nervous and excited. It was heavy to acknowledge, and we both were silent with our own understanding of this.

We said “Goodbye” to our new friends and went down to retrieve our bikes. With headsets on, we were the first ones off of the boat as soon as the bridge was laid down. Here we were, where we had never been before. We rode to a nearby campground and set up our tent in the late sunset. We didn’t eat much, for fear of attracting bears, but we were already tired and ready for a long, quiet night’s sleep.

Thankfully, that’s exactly what we found.